Autographed Copies of Blondie While They Last

Have you ordered your Stuffy Singer Autographed copy of our just released Blondie - The Complete 1957 Television Series?

Read all about Stuffy and purchase your copy today at ClassicFlix before supply runs out! 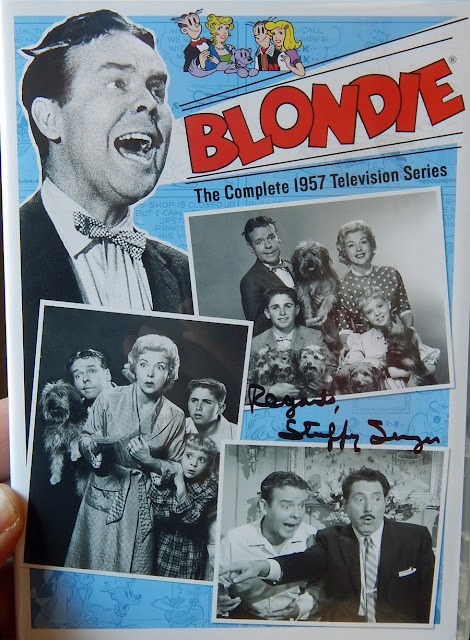 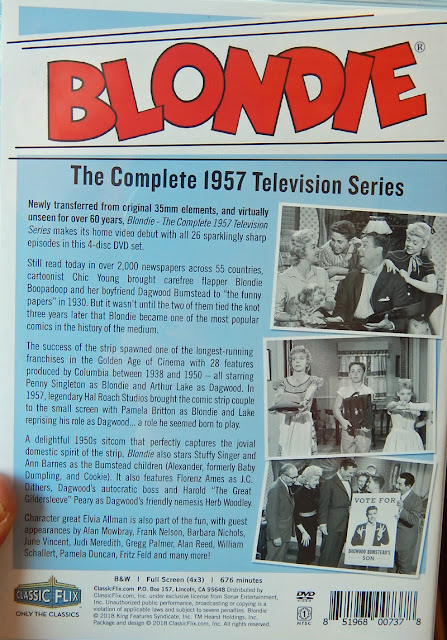 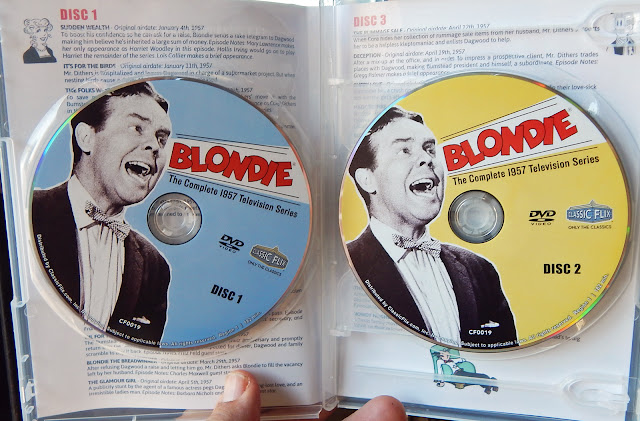 Below is a promo we cut for Blondie - The Complete 1957 Television Series which streets tomorrow. Have you ordered your copy yet?


Newly transferred from original 35mm elements, and virtually unseen for over 60 years, Blondie - The Complete 1957 Television Series makes its home video debut with all 26 sparklingly sharp episodes in this 4-disc DVD set.

Still read today in over 2,000 newspapers across 55 countries, cartoonist Chic Young brought carefree flapper Blondie Boopadoop and her boyfriend Dagwood Bumstead to “the funny papers” in 1930. But it wasn’t until the two of them tied the knot three years later that Blondie became one of the most popular comics in the history of the medium.

The success of the strip spawned one of the longest-running franchises in the Golden Age of Cinema with 28 features produced by Columbia between 1938 and 1950 -- all starring Penny Singleton as Blondie and Arthur Lake as Dagwood. In 1957, legendary Hal Roach Studios brought the comic strip couple to the small screen with Pamela Britton as Blondie and Lake reprising his role as Dagwood… a role he seemed born to play.

Tomorrow night, Wednesday, September 19th, we'll be hosting a preview of our upcoming release of Blondie - The Complete 1957 Television Series on our YouTube channel.

We'll also be hosting a giveaway during the event. Click here to read all the details. 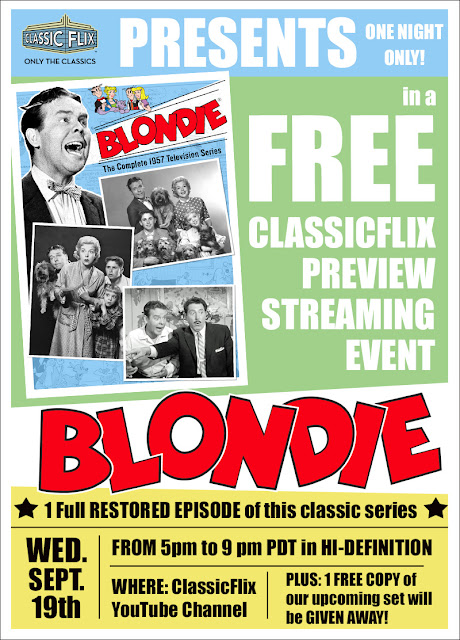 Fonda & Bennett in I Met My Love Again This November

For the first time on home video this November comes Walter Wanger's I Met My Love Again (1938) starring the perfectly-paired Henry Fonda and Joan Bennett.
For all the details, click here. 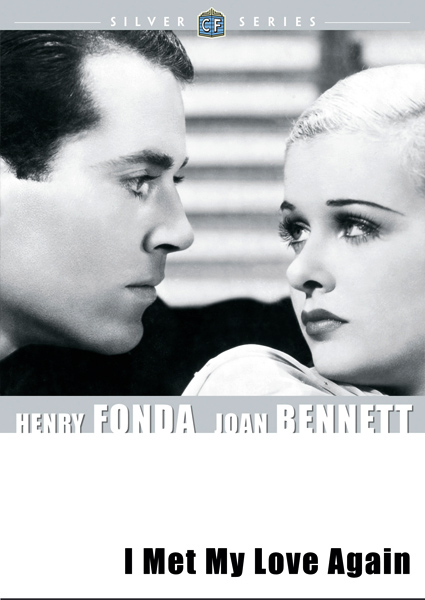